Glendalough is one of Ireland’s most popular destinations. The name means ‘The Valley of The Two Lakes’ and it is located in the Wicklow Mountains National Park which is an area of about 20,000 hectares where the landscape and wildlife is protected. Glendalough Monastic Site is located there.

The best known feature is the Glendalough Monastic Site with its iconic Round Tower and the ruins of a number of churches. The Early Medieval monastic settlement dates back to the 6th century and was founded by St Kevin.
Some of today’s ruins include The Cathedral, St. Kevin’s Church or “Kitchen” (it was never a kitchen but is thought to have got the name because the bell tower resembled a chimney from an old kitchen), and The Priest’s House. Some of these ruins date from later periods but there are still some remains from the original buildings.

The Round Tower is about 30 metres high and has been preserved and restored to very good condition. The roof was rebuilt in the late 19th Century using the original stone. The round tower had six floors were originally bell towers but were also used for grain storage and as places of refuge in the event of an attack. 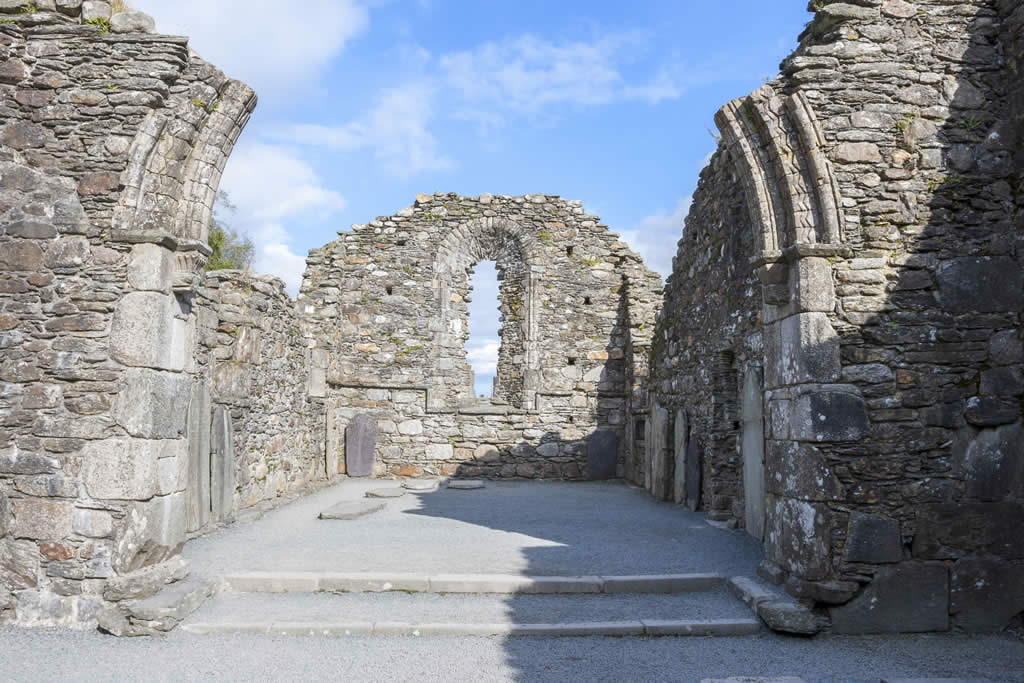 The remaining ruins are only a small part of the original settlement which would have included workshops, houses, farm buildings and all the necessary constructions for a large population of monks and lay people.

Further up along the lakes can be found various other ruins including Reefert Church fron the 11th or 12th century and St. Kevin’s bed which was repudedly a cave which he used as a retreat.

If you fancy a Glendalough hike, there are numerous marked walking trails in the area. A map of the marked trails is available at The Visitor Centre. The trails vary from short and easy to longer and more difficult. The longest is 11km.
The Wicklow Way which is a 130 km walking route from South Dublin to Clonegal, Co. Wicklow passes here.
Also, St. Kevin’s Way is a 30 Km walk from Hollywood, Co Wicklow to Glendalough following the path of St Kevin.
There are many Guided Walks available in the area including Footfalls, Glendalough Guided Walks, Hillwalk Tours and more.

There are lots of activities for children in the area with lots of organized outdoor outings and Clara Lara Fun Park located a short distance away.

Here is some stunning aerial footage of the area from Ciaran Cassidy:

Glendalough is home to many of the mammals which are found in Ireland including, Red Deer (scarce), Sika Deer, foxes, badgers, red squirrels, pine martens, otters, rabbits, hares and lots of feral goats.
Unusual birds (fairly rare in Ireland) have been spotted in the area They include the goosander, the great spotted woodpecker, the common redstart, wood warbler, peregrine falcon, white-throated dipper, common cuckoo (getting rarer in Ireland), the eurasian jay and the common buzzard.

There is a high demand for accommodation in the Glendalough area. Because of its popularity with hikers, hill walkers and students hostel accommodation is popular but there are also numerous B&Bs and some hotels in the area.

Click Here to view all Available Accommodation near Glendalough

In the East Coat of Ireland the rainfall is significantly less than in the west.
However the weather in Glendalough is distinctly Irish in that it is changeable (you can get the proverbial four seasons in one day). It can range from gloriously sunny to damp and misty.
Because of its mountainous terrain the temperature drops as you climb and it can be subject to mist and fog.
During the Winter frost and sometimes snow is common in the higher reaches.
So the advice is: Come prepared with a change of clothing and suitable walking shoes/boots.

Click on the images for more views of Glendalough: 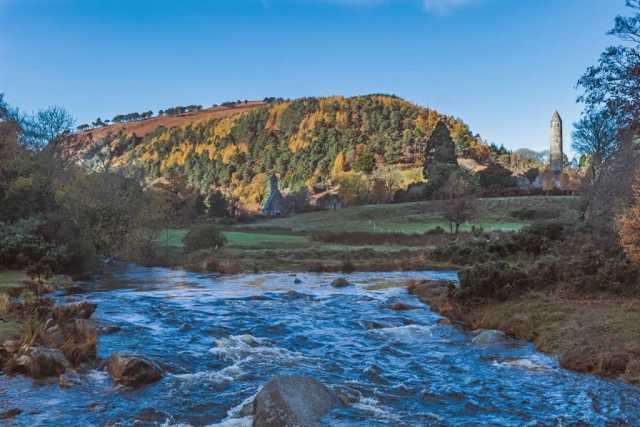 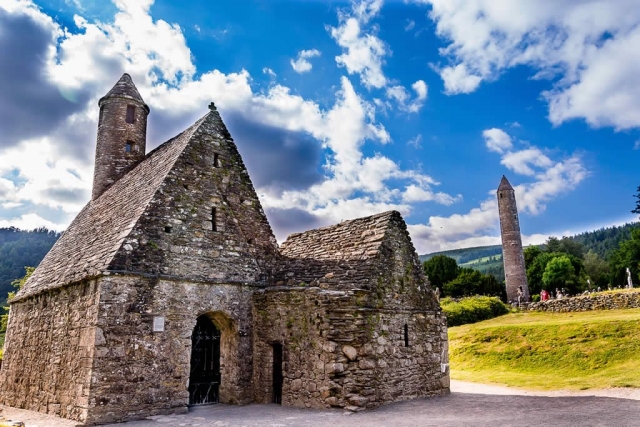 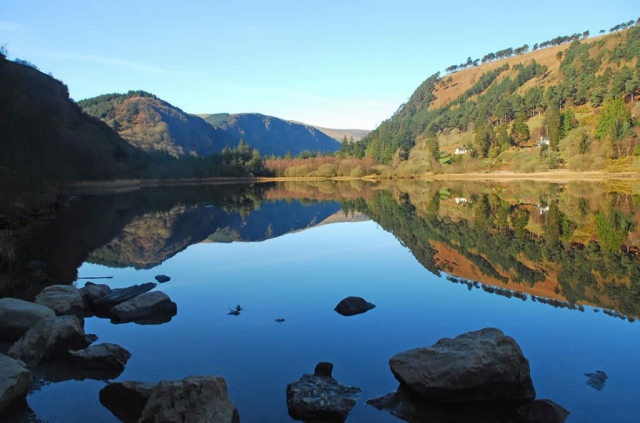 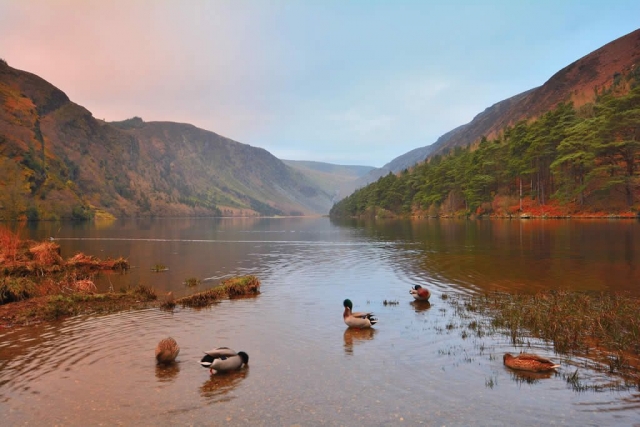 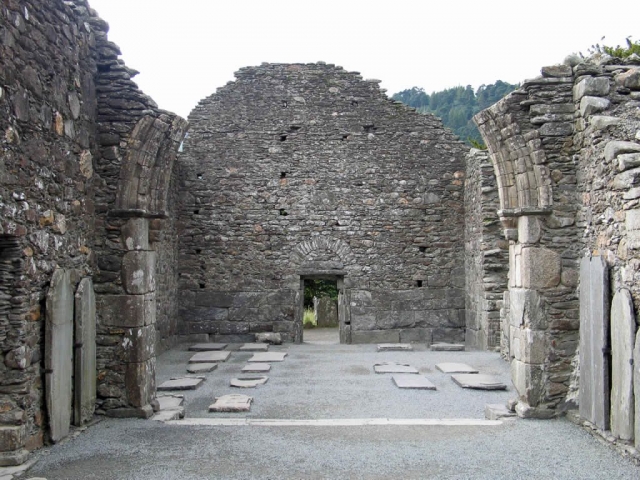 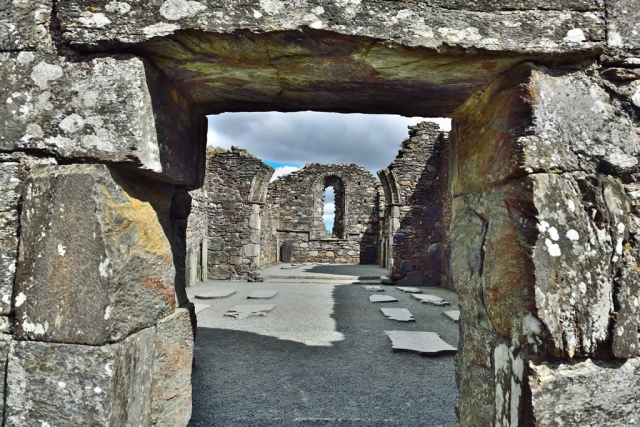 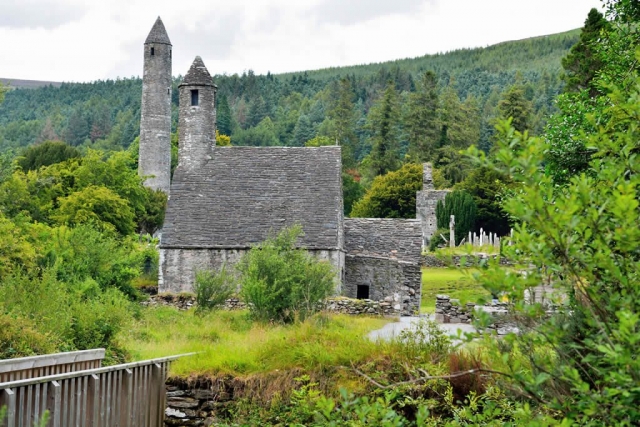 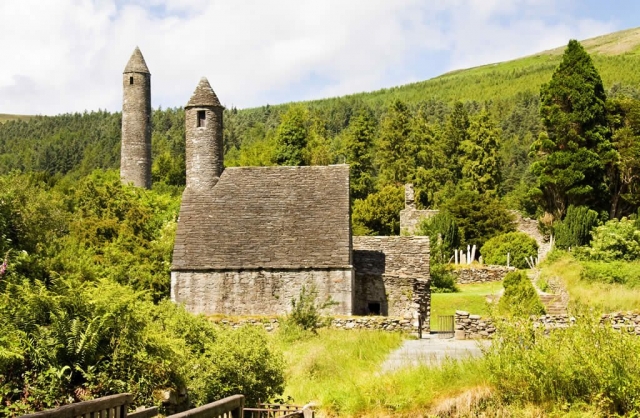 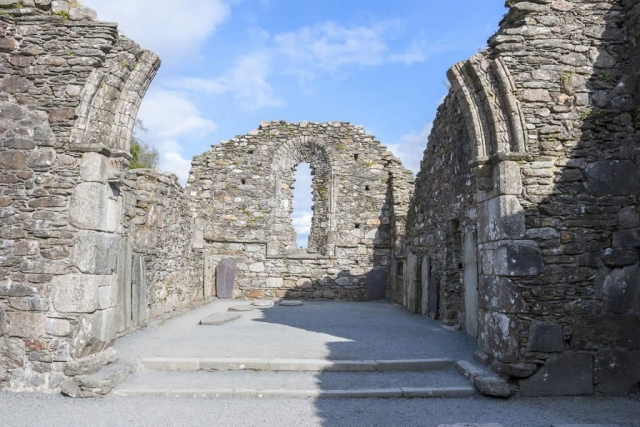 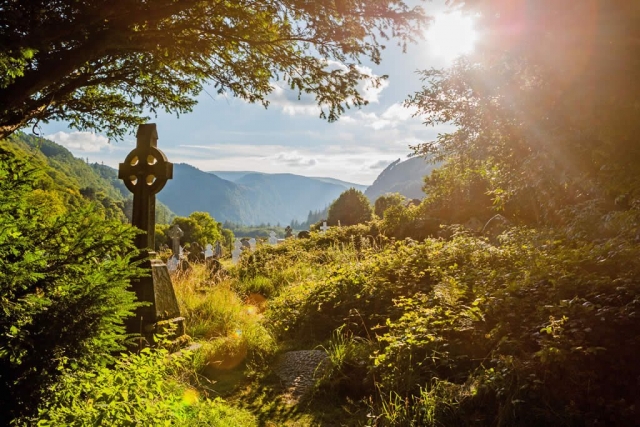 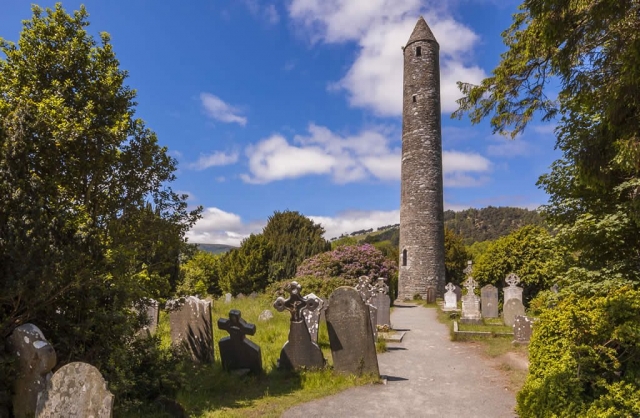 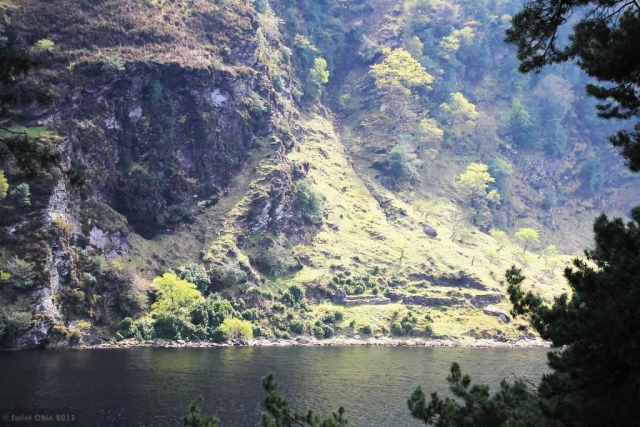 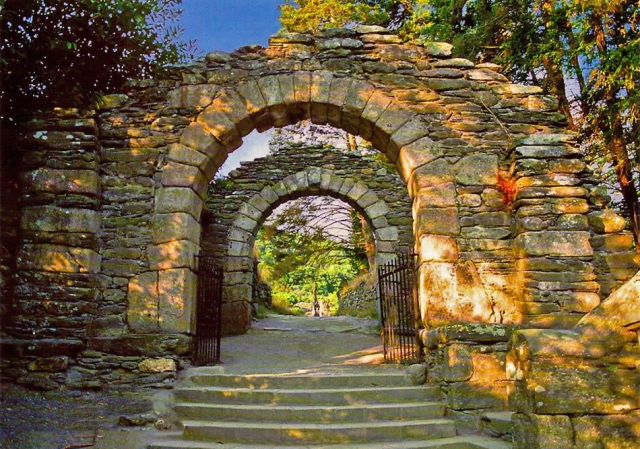 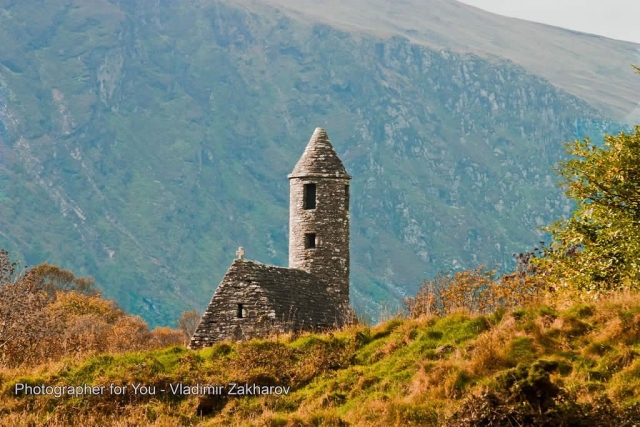 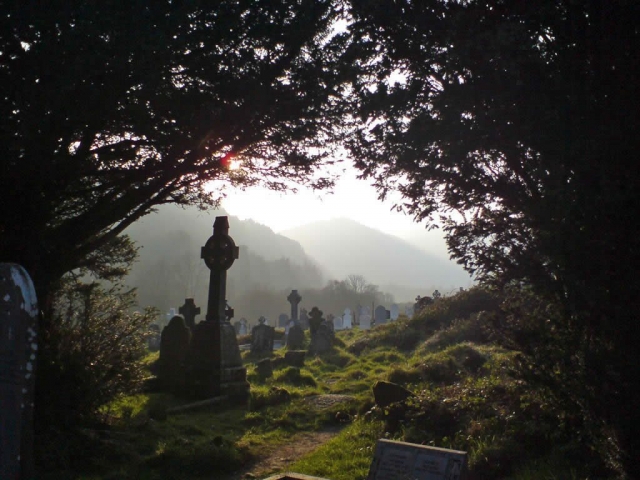