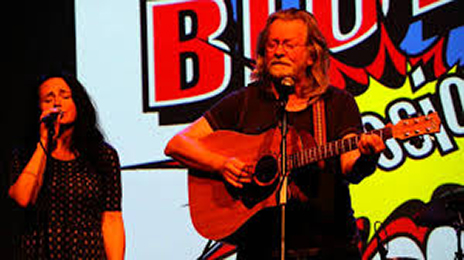 Declan Sinnott & Vickie Keating play at The Courthouse Arts Centre in Tinahely on November 16th.
Declan is well known as one of Ireland’s leading popular musicians, having been a member of the original Horslips and then Moving Hearts. He accompanied Mary Black for over thirteen years and was with Christy Moore for over 30 years.
As well as doing his own shows he will be  touring with Christy Moore in UK and Ireland.
His 2015 album ‘Window on the World’ featuring Vickie Keating on vocals was received with great acclaim.